The beat goes on, thanks to deep brain stimulation 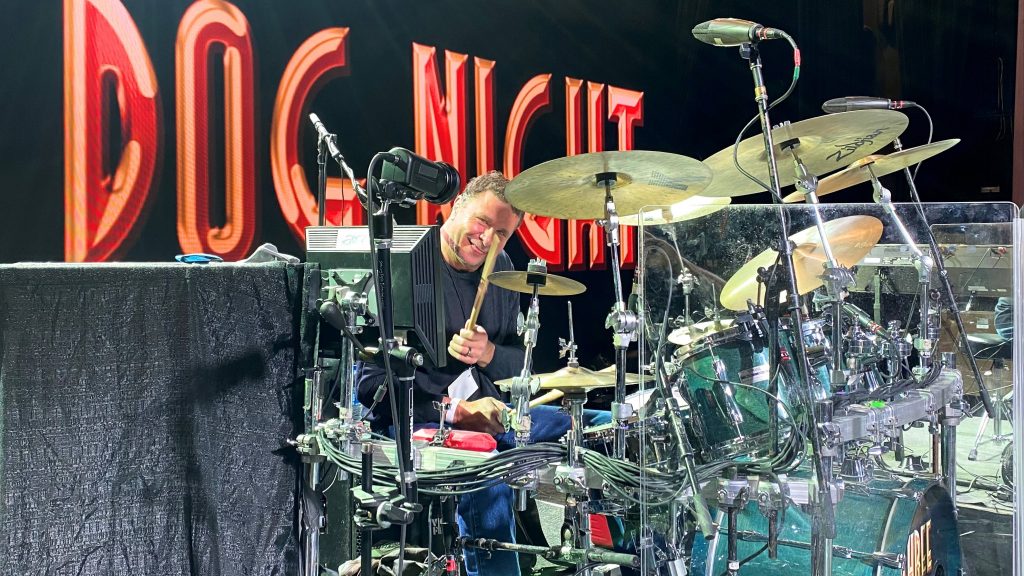 When drummer Patrick Bautz is performing, he’s in the zone.  He says he doesn’t even think about what he’s doing, it’s just natural. It’s what he calls “the nothingness of drumming.” But not that long-ago, Pat started getting distracted. Physical symptoms were turning that nothingness into something. And it was something that worried him enough to seek help at Mayo Clinic.

Watch: The beat goes on, thanks to deep brain stimulation.

Journalists: Broadcast-quality video patient pkg (3:37) is in the downloads at the end of the post. Please courtesy: “Mayo Clinic News Network.” Read the script.

Music runs in Patrick Bautz’ family. His two older brothers were drummers, which inspired him, he says. “I started playing drums at age 3,” says Bautz, now 60. “I was going to play. I dreamed about it since I was a little kid.”

To say that Pat Bautz has lived that dream would be an understatement.

Bautz has played the drums for such superstars as Mickey Gilley, Freddy Fender, Dave Mason and Jeffrey Osborne. For the last 30 years, he been on the road with the band Three Dog Night.

But the unexplained symptoms that Pat started to experience about seven years ago were no laughing matter.

“I first noticed that my right arm was kind of like a little shake sometimes. It had some pain. not terrible pain, but enough that I noticed it.”

There was also stiffness in his arm and foot. It was affecting his playing.

“I noticed it immediately. I couldn’t get this hand to hit at the same time as this hand. So I was constantly behind.”

After seeing several doctors, Pat was finally diagnosed with Parkinson’s disease. Medications helped for a while.

That’s when Pat went to Mayo Clinic to meet with Dr. Ryan Uitti to talk about deep brain stimulation, or D-B-S.

During surgery, Dr. Uitti and his team place electrodes into the brain. The electrodes are connected to an implantable battery. When the power is turned on, the electrical current stimulates the brain circuits, improving symptoms.

“When we first started doing these operations in 1995, we did the same operation every time. Today, we never do that. We individualize the operation for each patient. And that has led us to using different targets. And sometimes we’ll place one, two, three or even four electrodes in one person.”

The catch… Pat had to be awake during the surgery. That way he could provide immediate feedback to make sure the leads were in the most advantageous spot. In this case, that feedback came from Pat’s drumsticks.

Less than three months after the surgery, Pat was back on stage with the band.

“I’m not expert enough to even know that he was having trouble as a musician, but I’m sure it makes a big difference for him and the rest of the people in the band. And you know, this is part of his life, not to mention all the other people that enjoy listening to the music. So if we can be a part of something like that, it’s really a rewarding day.”

“I’m better than I was. And I will continue to get better. It does take a little getting used to. All of a sudden, now I’m starting to forget I even have it. And that I know is a really good thing.”

For the safety of its patients, staff and visitors, Mayo Clinic has strict masking policies in place. Anyone shown without a mask in the video was recorded prior to COVID-19 or recorded in an area not designated for patient care, where social distancing and other safety protocols were followed.