Statins can save lives, are they being used? 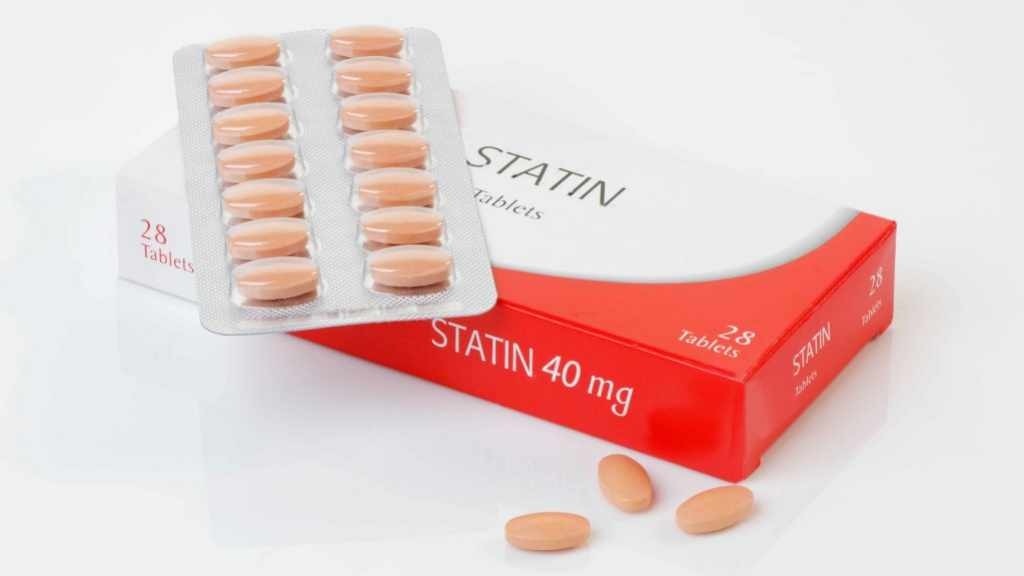 ROCHESTER, Minn. ― People who have coronary artery disease, stroke or peripheral artery disease often are prescribed a statin, a cholesterol-lowering drug that reduces the risk of heart attack or stroke.

In a recent publication in JAMA Network Open, Mayo Clinic researchers identify trends in statin use across the U.S. among people with these diseases, as well as among those who already had a stroke or transient ischemic attack (TIA). Their data indicate that only about 60% of patients are getting the recommended therapy.

“Statins are one of the few key medical advancements in recent decades that contribute to the health of broad populations,” says Xiaoxi Yao, Ph.D., a health sciences researcher at Mayo Clinic and lead author of the study. “High cholesterol is very common, making statins relevant to many patients.”

“Dr. Yao and I were interested in understanding the trends and outcomes related to these medications over the past decade,” says Peter Noseworthy, M.D., a Mayo Clinic cardiologist and senior author of the study. “For such a widely used class of medication, this type of research is especially important because it helps us identify gaps for future practice improvement efforts.”

Statins have been around long enough that all are available in generic form. This was important to Drs. Yao and Noseworthy, and their research team, because prescription cost is a well-known barrier to medication adherence.

They also were interested in seeing if ACC/AHA guidelines implemented in 2013 had any noticeable effects on statin use for secondary prevention. Among people who already have atherosclerotic cardiovascular disease, secondary prevention refers to further exacerbation or adverse events. The guidelines recommend high-intensity statins for patients 75 or younger with this disease.

The researchers used deidentified data, including pharmacy and medical claims data, and linked electronic health records, from the OptumLabs Data Warehouse. OptumLabs is a collaborative center for research and innovation co-founded by Optum Inc. and Mayo Clinic, and focused on improving patient care and patient value.

They examined the records of nearly 300,000 adults in the U.S. who had an initial atherosclerotic cardiovascular disease event between 2007 and 2016. These were divided into three groups: coronary heart disease, ischemic stroke or transient ischemic attack, or peripheral artery disease.

When people left the hospital or emergency department in 2007 following a first diagnosis in one of these categories, about half began taking statins within 30 days. By 2016, statin use increased to approximately 60%.

“Based on the guidelines, we hoped to see a much higher uptake among this entire group,” says Dr. Noseworthy. “Statin intolerance was only noted for 4%–5% of the patients, which means as many as 35% of patients are not receiving treatment according to the guidelines.”

By 2016, the researchers also noted substantial variance between diagnosis and likelihood of receiving statins after the event. While 80.9% of patients with coronary heart disease were given statins, only 65.8% of patients with stroke or transient ischemic attack received the drug. A scant 35.7% of people with peripheral artery disease were prescribed statins.

Also, there were unexpected disparities unrelated to diagnosis:

The team observed some other shifts in statin use between 2007 and 2016. Use of generic statins more than doubled as the cost decreased. In general, people were much more likely to consistently take statins a year after the initial event. However, the likelihood of patients continuing their prescribed statins was less likely among women. It also was less likely among people who were not white.

“Many patients with peripheral artery disease, ischemic stroke and TIA, and women, remain undertreated,” says Dr. Yao. “The improvement in statin use and adherence was quite modest, despite the substantial decrease in drug cost.”

The researchers also were able to analyze clinical outcomes. They saw the risk for patients to have a major adverse cardiac event within a year of the initial event decrease from 8.9% in 2007 to 6.5% in 2016. This corresponded mainly to the increase in the use and intensity of statin.

“The risk of adverse outcomes has decreased overall. However, it is apparent that major treatment gaps exist in our country,” says Dr. Noseworthy. “Although the guidelines recommend statins for stroke, TIA and peripheral artery disease, there appears to be an unwillingness to consider these and cardiovascular disease equally treatable with statins.”

“Gaps in both prescribing and continuation of statins for at least a year after discharge among women, and Black, Hispanic and Asian people mean that they will be more likely to experience avoidable adverse outcomes,” says Dr. Yao. “If your physician prescribes statins, please adhere to the drugs,” she says. “Some people say, ‘I took the drug for a while, but nothing happened, so I stopped.’ A statin is a drug to prevent cardiac events, stroke and death. So ‘nothing happened’ is actually the goal.”

“Most physicians would likely prescribe statins for patients with a heart attack, and perhaps other incidents of cardiovascular disease,” says Dr. Noseworthy. “However, in this large group of Americans, we saw that many patients with peripheral artery disease, ischemic stroke and TIA remain undertreated. We need to increase statin use in these patients.”

This research was supported by the Mayo Clinic Robert D. and Patricia E. Kern Center for the Science of Health Care Delivery.