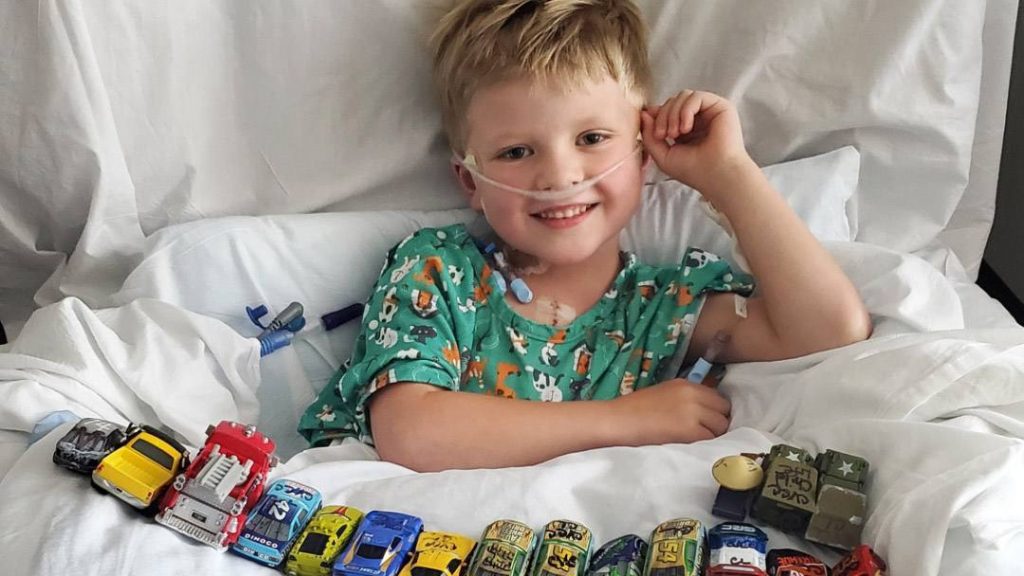 Amy and Josh Porter were looking for the best pediatric heart surgery program to give their son the best chance at a regular childhood. Then they learned that two of them were working together in a new collaboration.

When Mitchell Porter was born, he was diagnosed with heart defects that typi­cally require multiple surgeries over time to fix. His parents, Amy and Josh Porter of White Bear Lake, Minnesota, wanted nothing more than a normal childhood for their son, so they embarked on a journey to get Mitchell the care he needed.

Mitchell needed a complex operation to repair one of his heart valves. It would be his second surgery. And the goal was to repair rather than replace the valve.

“It was very impor­tant to us that Mitchell could play like other boys his age,” says Amy. “As an active family, we didn’t want Mitchell to miss out on anything.”

Repairing the valve would allow Mitchell to be an active kid — kicking soccer balls and shooting hoops like others his age. Without the operation, Mitchell’s heart would continue to enlarge, eventually leading to heart failure.

Surgery was planned for April, but then influenza and COVID-19 caused delays. Although the delay was a disappointment to Mitchell’s parents, it gave them time to research and find the best pediatric heart surgery programs for Mitchell’s condition.

Our goal has always been for our two programs to collaborate in order to solve complex heart problems in children. Mitchell’s heart problem was just that — complex — and the perfect solution was for the two of us to work together to fix it. – Joseph Dearani, M.D.

That research led the Porters to recognize that Minnesota has several of the best pediatric heart surgery teams in the nation, with signifi­cant experience in performing many of these heart defect surger­ies, along with excellent outcomes. Their options included Mayo Clinic Children’s Center and Children’s Minnesota.

Then Amy and Josh received unexpected news. They learned that the two hospitals had established a collab­oration allowing the two heart programs to work together to share expertise and resources, providing an integrated team approach to pediatric congenital heart care.

The Porters were thrilled. Having Mitchell’s surgery performed by two leading heart surgeons with combined expertise of more than 60 years suggested that the repair, rather than a replacement with a mechanical valve, could potentially happen.

“I cried when I heard the news,” Amy says. “Josh and I had hoped that Mitchell could avoid having a mechanical valve, which requires lifelong blood thinners, and wouldn’t allow Mitchell the option to participate in sports.”

“Dr. Overman and I have been professional colleagues for 20 years,” says Dr. Dearani. “Our goal has always been for our two programs to collaborate in order to solve complex heart problems in children. Mitchell’s heart problem was just that — complex — and the perfect solution was for the two of us to work together to fix it. And we did.”

Twelve weeks after his surgery, Mitchell was back on the soccer field and scored the first goal of the game. Amy and Josh looked on with smiles, happy to see their kid being just that — a kid.