Science Saturday: The benefits of genetic testing for healthy people 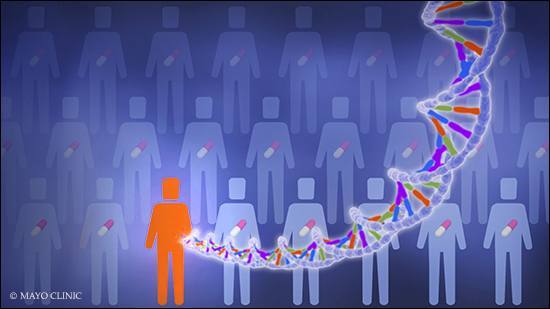 More than 1 in 10 people who had predictive genomic testing ― testing that looks for genetic mutations in otherwise healthy people ― learned that they had a hereditary risk for a health condition and may benefit from preventive care, according to a recent study published in Mayo Clinic Proceedings. This study is the first to assess predictive genetic testing in a clinical setting.

Researchers found nearly 12% of people had findings that were “clinically actionable,” meaning they had genes that increased their risk for various types of cancer, cardiovascular disease or a negative reaction to anesthesia. Therefore, they may be candidates for preventive care, such as regular screening, preventive surgery, or receiving or avoiding specific anesthetics.

“About half of those patients did not have a personal or family medical history that would suggest they had this risk, meaning it likely would not otherwise have been identified,” says Jennifer L. Anderson, a Mayo Clinic genetic counselor and the study’s lead author. “Our findings suggest that many people who are generally healthy may have a genetic risk, and broader adoption of predictive genetic testing could be beneficial in routine medical practice ― ideally including genetic counseling.”

Between 2014 and 2019, 301 of 1,281 patients pursued predictive genetic testing at Mayo’s Predictive Genomics Clinic, where diagnosis and treatment are individually tailored.

Read the rest of the article on Mayo Clinic’s Individualized Medicine blog.