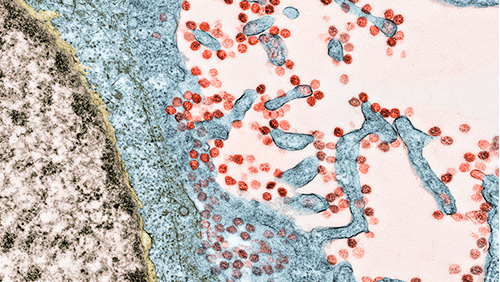 A year after the first case of COVID-19 was reported in the U.S., more than 26 million Americans are confirmed to have had this disease, caused by the SARS-CoV-2 virus. More than 104 million cases have been confirmed globally.

During that time, researchers have tracked changes to the virus’ genome through positive COVID-19 samples collected for surveillance or testing, and shared that information in a public database. These changes are called mutations. They are uncovered through a process called sequencing, where viral RNA is examined to determine its genetic makeup. Then, the sequence of the potential variant is compared to the original sequence in the database. This helps to show how the virus is changing over time; in essence, creating something like a family tree.

And each of us can act as a host for a viral family reunion.

“You get infected by a population of viruses,” says Richard Kennedy, Ph.D., an immunologist and co-director of Mayo Clinic’s Vaccine Research Group. “Each individual virus could be different from the others because mutations happen at random locations.”

In a person with active infection, some of these mutations have no effect on the virus, and they blip in and out of the virus population. The ones that make the virus less able to spread are eliminated from the population. But there are some that may help it spread. As part of the immune response, the body makes a variety of antibodies, all of which bind to a small piece of viral protein. If the virus mutates, the protein made from those instructions might change enough that the antibody can’t bind to it or binds less tightly.

“The mutations that help the virus gradually accumulate within the person and have a greater chance of being transmitted to someone else,” says Dr. Kennedy. “The current South African variant is able to evade some, but not all, of the antibody response to vaccination, and a Brazilian variant has the same mutations.”

One thing is for sure, says Dr. Kennedy, “Mutations will continue. We will see more variants arise.”