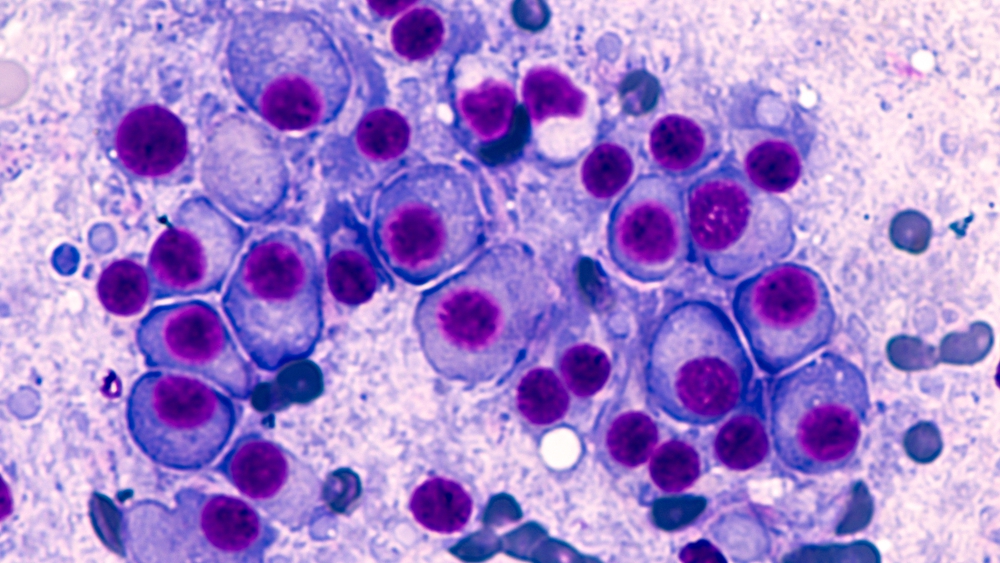 Multiple myeloma is a relatively uncommon form of blood cancer that affects less than 1% of the U.S. population, according the American Cancer Society. People younger than 45 rarely get the disease, and it occurs more in older men than women. And your risk is doubled if you’re African American.

Journalists: Broadcast-quality video (1:06) is in the downloads at the end of this post. Please courtesy: “Mayo Clinic News Network.” Read the script.

“Multiple myeloma is an incurable blood cancer that produces a lot of proteins that can cause damage to various organs, particularly the bones as well as the kidney,” says Dr. Rahma Warsame, a Mayo Clinic hematologist.

Symptoms vary but can include fatigue, bone pain, anemia and frequent infections. While it’s not clear what causes multiple myeloma, doctors know that it begins with an abnormal plasma cell in your bone marrow which produces too much protein inappropriately and multiplies rapidly.

Like many other cancers, the disease can be treated with medication, chemotherapy, radiation and even bone marrow transplant.

“I want all myeloma patients to know that the treatments are improving. The quality of life is improving. I’ve seen it in my own lifetime, the significant improvements in survival,” says Dr. Warsame. “And I really think it’s important to know that our job is to treat your cancer, so you get to live and you don’t have to live to treat your cancer.”

For the safety of its patients, staff and visitors, Mayo Clinic has strict masking policies in place. Anyone shown without a mask was either recorded prior to COVID-19 or recorded in a nonpatient care area where social distancing and other safety protocols were followed.