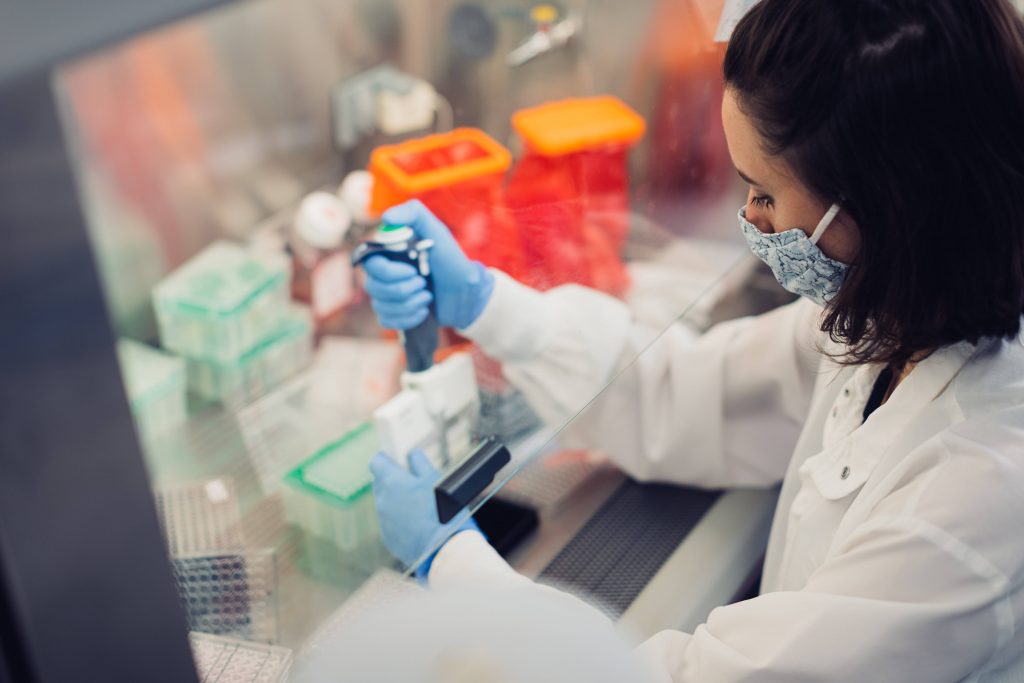 JACKSONVILLE, Fla. — Mayo Clinic researchers, along with national and global collaborators, have developed a potential test for Machado-Joseph disease, or spinocerebellar ataxia type 3 (SCA3) ― a disease that has no cure. They also have clarified the role of a gene target associated with the disease.

The inherited disease is linked to a mutation in the ATXN3 gene. This mutation, which affects the central nervous system, appears between the ages of 40 and 70, and is characterized by an unsteady gait, loss of muscle control, and decline of motor and sensory nerves. Symptoms may resemble those of Parkinson’s disease or multiple sclerosis. The researchers present their findings in Science Translational Medicine.

In the retrospective study, the researchers set out to find a molecular target to help assess potential treatments for SCA3 and the group of neurodegenerative diseases in which it’s categorized. Guiding the researchers in this effort was previous work at Mayo Clinic on Lou Gehrig’s disease ― also known as amyotrophic lateral sclerosis ― as well as frontotemporal dementia with mutations in the C9orf72 gene.

SCA3 is defined by the characteristic accumulation of a mutant protein: polyQ ataxin-3. Researchers think this protein bunches up inside the cell and causes toxicity by interfering with cell actions in a number of ways. While there is no treatment for SCA3, the goal is to reduce protein accumulation.

“We were able to develop an immunoassay, or test, that can quantify the amount of mutant protein in human biofluids, such as cerebrospinal fluid and blood of patients with SCA3,” says Mercedes Prudencio, Ph.D., first author of the study. “We can use the test to determine the effectiveness of new therapies aimed at decreasing the amount of mutant protein.” Dr. Prudencio is an assistant professor of neuroscience, Mayo Clinic College of Medicine and Science.

“There is an unmet patient need for biomarkers for SCA3 that can tell us whether therapies targeting polyQ ATXN3 proteins are working,” says Leonard Petrucelli, Ph.D., one of the senior authors on the paper. “If therapies can be more targeted toward decreasing the mutant protein, rather than the normal protein, this would have great implications for the field.” Dr. Petrucelli is the Ralph B. and Ruth K. Abrams Professor of Neuroscience.

The researchers also clarified that a genetic alteration, called a single nucleotide polymorphism, previously identified and linked to SCA3, was strongly associated with the mutant ATXN3 gene among the study samples.

“While the mutant protein levels may serve as a marker to evaluate whether certain SCA3 therapies are working, the genetic alteration that is strongly associated with that mutant protein offers a new opportunity to develop therapies that specifically target it,” says Dr. Prudencio. The results of the study pave the way for accelerated clinical trials involving SCA3 therapies.

Historically, SCA3 was more common in people from the Azores and Portugal. However, cases of the disorder have been found in people across Europe, Asia and the Americas. The study cohort included patient samples from around the globe, including Japan, Mexico, the Netherlands, Norway, Portugal, Sweden, and the U.S. The findings were validated through a collection of SCA3 samples from European countries over the course of many years by Ataxia Centre, which is affiliated with University College London.

“This was truly an international effort in team science,” says Zbigniew Wszolek, M.D., a senior author on the paper. “SCA3 is a rare and complex disorder, and the collaboration on this work goes a long way in ultimately being able to help patients and their families who are suffering.” Dr. Wszolek is a professor of neurology, Mayo Clinic College of Medicine and Science, and the Haworth Family Professor in Neurodegenerative Diseases.

Mayo Clinic researchers plan to follow patients with SCA3 through the Mayo Clinic Ataxia Program as a next step in furthering studies around this neurodegenerative disorder.

This research was funded by the National Institutes of Health; National Institute of Neurological Disorders and Stroke; Mayo Clinic; and the Donald G. and Jodi P. Heeringa family. University College London Queen Square Institute of Neurology was part of the research collaboration, with Professor Paola Giunti, M.D., a corresponding senior author on this paper. See the published paper for a full list of authors, funding sources and competing interests.