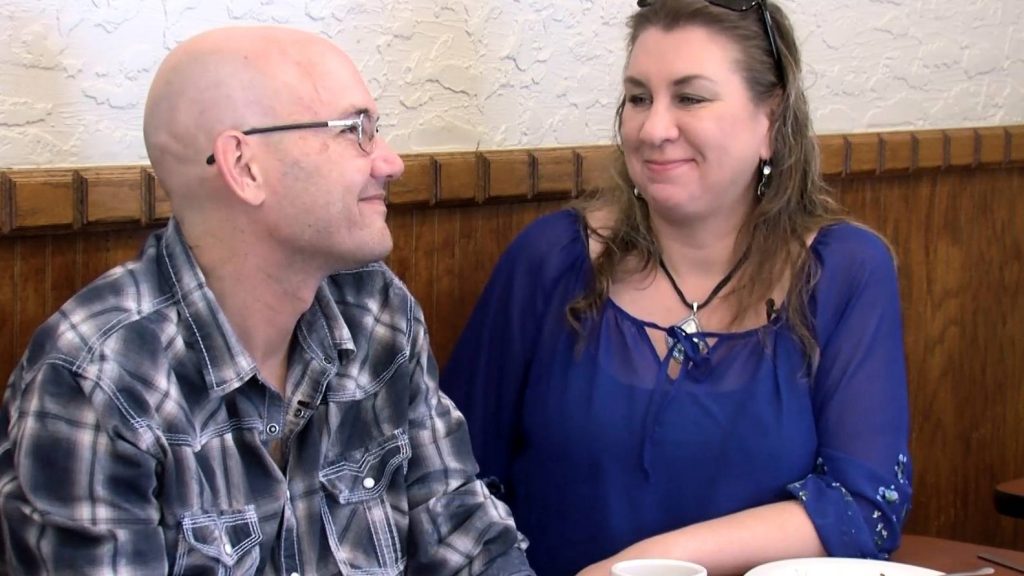 Since he was a child, Eric Berg, 49, has had seizures due to epilepsy. This past year, his seizures increased in frequency, affecting his day-to-day life and his ability to work. With encouragement from his fiancee, Eric sought treatment at Mayo Clinic.

Watch: Man who experienced hundreds of seizures a day find relief thanks to innovative treatment.

Journalists: Broadcast-quality video (3:27) is in the downloads at the end of this post. Please “Courtesy: Mayo Clinic News Network.” Read the script.

“There was a point that I told Tina (his fiancee), ‘I think I’ve had more seizures in the last couple weeks than I’ve had my whole life.’ It was getting to the point where I was like: ‘OK, this is my brain. Something’s wrong,'” says Eric.

“It was very clear that he was having very frequent seizures, about 12 an hour,” says Dr. Jeffrey Britton, chair of the Division of Epilepsy at Mayo Clinic. “Eric was found to have a growth in the back left part of his brain, which is a fairly common cause of medically intractable focal onset epilepsy.”

Dr. Britton says surgery wasn’t a good option for Eric, and medications to stop the seizures weren’t working. But at Mayo Clinic, experts are using a new way to treat some seizure disorders: repetitive transcranial magnetic stimulation, or rTMS.

This treatment uses a magnetic field to stimulate certain areas of the brain. While often used to treat depression, repetitive transcranial magnetic stimulation also is showing promise in treating seizures.

Dr. Brian Lundstrom, a neurologist and key figure in developing these treatments in patients with epilepsy, was brought in to see if Eric would be a good candidate for repetitive transcranial magnetic stimulation. “We have used rTMS for other purposes ― for depression, for mapping of epilepsy patients ― but he was the first patient where we used rTMS as a treatment for his epilepsy,” says Dr. Lundstrom.

“It might have scared me a little bit more to know that I’m the first one to try something, but now looking back, I mean, it was the best thing that’s probably ever happened in my life, aside from meeting Tina,” says Eric.

“There was a noticeable reduction in seizures that occurred even in the initial few days of the treatment, and then they stopped,” says Dr. Britton.

“The real benefit of something like rTMS, and noninvasive brain stimulation, is just that it is such a low-risk approach,” explains Dr. Lundstrom. Even if it only helps a minority of patients, we think that it may be a reasonable option for many patients.

For Eric, it feels like he has his life back, and he is looking forward to all the new opportunities this treatment has given him.

“Every day that goes by that he doesn’t have a seizure is a victory,” says his fiancee.

For the safety of its patients, staff and visitors, Mayo Clinic has strict masking policies in place. Anyone shown without a mask was either recorded prior to COVID-19 or recorded in a nonpatient care area where social distancing and other safety protocols were followed.