Help in the fight against Lyme disease 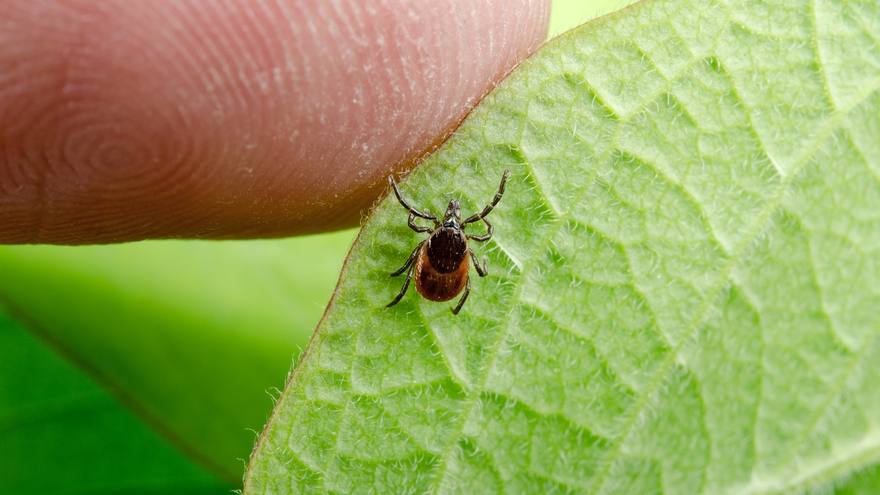 Lyme disease is a bacterial infection caused by the bite of an infected black-legged tick, commonly known as a deer tick. Preventing tick bites is the best defense against the disease. And now there is good news for those looking for an alternative insect repellant to fight off ticks, says Dr. Omar Abu Saleh, a Mayo Clinic infectious diseases physician.

Nootkatone, an ingredient found in grapefruits, has been approved by the Food and Drug Administration for use as an insect repellant.

“Nootkatone is a naturally occurring compound. If you think of the special taste and flavor of the grapefruit, it’s basically nootkatone. It has been used widely in the fragrance industry and food industry,” says Dr. Abu Saleh. “It’s rather effective as an insect repellant. It works against ticks. It works against mosquitos, and you can compound it with salves, with lotions, with creams. It can be a more appealing option as an anti-repellant, compared to more conventional options like DEET, for example.”

The signs and symptoms of untreated Lyme disease may vary depending on the stage of the disease. They can include a rash, fever, chills, fatigue, body aches, headache, neck stiffness and swollen lymph nodes.

“People may get the classical target or bull’s eye rash. We also call it Erythema migrans. If people get treated, the infection will resolve and will not have any long-term consequences. Left untreated, the infection may evolve into the chronic next phase, where the bacteria can have access to heart, causing heart blockages, or to the joints, causing a lot of joint pain and inflammation ― usually involving the knees or the ankles. And on rare occasions, it can go the brain and nerves, causing facial droop,” says Dr. Abu Saleh. “Sometimes it presents as acute inflammation of the brain, causing chronic meningitis. But this would be a very severe form of the disease.”

Many signs and symptoms of Lyme disease often are found in other conditions, so diagnosis can be difficult. Dr. Abu Saleh explains the process.

“The diagnosis of Lyme disease is going to go into three major steps. Do you live in a place or have you been in a place where you could be in an encounter with a tick that carries Lyme. In the U.S., that’s usually the Northeastern states and the Midwestern areas, Upper Midwestern area, like Minnesota, Wisconsin area.”

“If you live there and you have been there, the next step in diagnosis is to determine if you have clinical symptoms compatible with Lyme disease. If you’re having the classical skin rash or the facial droop in the right time of the year where the ticks are active, like during the summer months, then that increases the suspicion for Lyme as an etiology (cause) for the patient’s symptoms.”

“And then we confirm the suspicion by doing a specialized test. The most common test we perform is an antibody test that we basically detect the immune response of the patient to that particular bacteria, the Lyme bacteria. Most of these antibodies come in two-step testing, so there is an initial screening test. If that’s positive, we confirm it by another testing method. And the current testing techniques with serology are fairly sensitive and specific, especially with the new two-tier testing that the Centers for Diseases Control and Prevention recommends. In the earliest stages of the disease, the test could be false negative, and a diagnosis is made clinically.”

Antibiotics, which are used to treat the bacterial infection, are most effective when treatment begins early after diagnosis. Dr. Abu Saleh says antibiotics are a short-term treatment.

“If you think you have Lyme disease, please consult a specialist in infectious disease or talk to your primary care provider. One thing you should never do is keep taking antibiotics for months and months for this chronic Lyme disease because as of today, we don’t have any evidence that prolonged treatment will help patients, for example. As an infectious diseases specialist, I see a lot of patients who were given that diagnosis, who were on antibiotics for months without any benefit, and often a more serious diagnosis was missed,” says Dr. Abu Saleh.

Not all tick bites lead to Lyme disease, but it’s important to properly remove a tick as quickly as possible. The longer an infected tick remains attached to your skin, the greater your risk of getting the disease. Lyme infection is unlikely if the tick is attached for less than 36–48 hours.

“If you find a tick on your body, it is very important to remove it in the proper way. If you’re able to find the tick and identify it as one of the Lyme-carrying ticks, and its engorged ― which means that it’s likely been on the skin for more than 36–48 hours ― there is medication available to prevent the development of Lyme disease. That’s usually a one-time dose of medication called doxycycline.”